After 10 years of hosting film events all around Glasgow, we’re moving to Bristol

After ten years (and a particularly busy most recent five), Matchbox Cineclub is leaving Glasgow and relocating to Bristol.

For at least the next three years, we’re going to be based in Bristol. We’ll be back every so often (we have at least one Glasgow event planned in 2021), but mostly we’ll be in Bristol, and we don’t yet know what that’ll mean for any IRL events.

This weekend (3rd-6th September, 2020), we should’ve been hosting Weird Weekend III at CCA Glasgow. 2020, cursed year, should’ve seen our cult film festival level up to a much bigger festival. Our plans and even programming for it have been underway since before last year’s festival. Those plans had to be scrapped, rethought, redeveloped, revised and the scrapped again. We accounted for postponement, downscaling, hybrid approaches and completely online versions, but it just wasn’t meant to be this year.

We will be doing more online programming, like our Tales From Winnipeg online-only season, and Weird Weekend will certainly return in some form. But we also want to take some time to rest (we’ve also subtitled 250+ films in the last two months) and regroup, for the first time in several years.

We’ll be handing over the reins of Scalarama Glasgow year-round planning and delivery too (let us know if you’re interested in being involved with that!), and we’re very glad to look around and see so many great independent film exhibitors in Glasgow – folks like Backseat Bingo, Cinemaattic Glasgow, Pity Party Film Club, Queer Classics, Red Thread Film Club, Southern Exposure, Trash cinema, Unmellow Movies, Venom Mob Film Club and many more. Hopefully they’ll all be back screening films before too long.

We want to say a very big thank you to everyone who has supported us over the last 10(!) years in Glasgow, particularly CCA Glasgow, The Old Hairdressers, Film Hub Scotland, all our fellow exhibitors, to everyone that’s come to one of our events and, most of all, to those of you who’ve come to several.

It’s very strange to be planning to leave like this. We would’ve loved to host a farewell screening or just had some drinks in a big room, but none of that’s possible. Maybe, with no rooms to set, A/V to prep, bands to soundcheck, bookings to find, tickets to take, guests to entertain, merch to sell, last-minute social media to do, etc, etc, we’d have finally properly prepared an address for the audience, rather than busking some last-minute jibber-jabber. But then probably not. Hands up if you’ve already seen this one.

We love Glasgow and we’ll miss you very much.

This website is full of stuff, interviews, articles, etc, and will become even more active now. You can find our archive of posters and event photographs on Flickr and our trailers and video content on Vimeo and YouTube. Zines, posters and merch are on sale in our shop, matchboxcineclub.bigcartel.com.

Scotland’s cult film festival returns to CCA Glasgow this month, with three days of strange and unseen cinema from around the world.

Weird Weekend 2019 features extremely rare screenings of lost masterpieces, brand-new restorations and UK premieres of future classics. 13 films and events over three days include a 35th anniversary, 35mm screening of the long unavailable Bill Murray sci-fi comedy Nothing Lost Forever (Tom Schiller, 1984), a rare outing for Tilda Swinton’s quadruple-role tour-de-force Teknolust (2002) and a 30th anniversary outing for the workprint cut of The ’Burbs (Joe Dante, 1989), with extended scenes and an alternative ending. Joe Dante will join the audience via Skype for a post-screening Q&A.

Matchbox Cineclub also welcome prominent Deepfake creator Ctrl Shift Face in person for the panel event, Weird World of Deepfakes in association with Trasho Biblio. A specially-curated feature length programme of Deepfakes will play on a loop in CCA’s cinema throughout the festival weekend. Finally, The Arrow Video Cult Film Quiz returns for the second year, with much swag up for grabs.

All films screen with open captions for the deaf and hard of hearing, and tickets are priced on a sliding scale, from £0-8. You judge for yourself what you should pay, with reference to our sliding scale guide.

You can browse the full Weird Weekend programme on Issuu, and all tickets and passes are on sale exclusively in our online shop.

Matchbox Cineclub team with Sad Girl Cinema to present a rare screening of a cult German horror and a panel discussion on obsession, fandom and thirst

We’re thrilled to be teaming up with Sad Girl Cinema to present a rare screening of the cult ’80s German horror Der Fan (Eckhart Schmidt, 1982) followed by an expert panel on obsession, thirst and fandom.

Der Fan follows teenage Simone’s obsession with singer R. When they finally meet, R is everything Simone needs him to be, taking her into his arms and fulfilling her dreams. But R’s intentions are not as pure and loving as Simone’s. The shocking consequences make Der Fan an undeniable cult gem, as well as an analytical exploration of obsession gone too far.

The panel will discuss their own thoughts on how ‘thirst’ and obsession can drive and impact cultural consumption, in regards to sexuality, professionalism and creative output. How do we consume culture in relation to our own sexual desire and obsessions, and how do we express our desire in response, through creative work and cultural criticism? How do we maintain boundaries with regards to our obsessions? Is ‘thirst’ the new normal for cultural consumers and creators? And what do we even mean by ‘thirst’?

Der Fan screens at Centre for Contemporary Arts, Glasgow, on Sunday 21/07. Tickets are on sale via our online shop here. Tickets are priced on a sliding scale, based on your circumstances. There are three tiers: Free/£2, £4/£6 and £8. (register for a free ticket via tickets@matchboxcineclub.com). Read our guide on what to pay: bit.ly/slidingscaleguide

NB The film is in German and will be captioned in English for the deaf and hard of hearing.

The screening is part of Film Feels: Obsession, a UK-wide cinema season, supported by the The National Lottery and BFI Film Audience Network. Explore all films and events at http://www.filmfeels.co.uk.

Join us on Star Wars Day 2018, at Centre for Contemporary Arts, Glasgow, for the world premiere of a brand-new 2K digital scan of Dünyayı Kurtaran Adam (1982) – best known as Turkish Star Wars! Numbers are limited – the event is free-but-ticketed and first come, first served. Grab ’em while you can from CCA, here.

Notorious for the ways in which director Çetin İnanç edited footage from Star Wars into his own film, along with music from Raiders of the Lost Ark and Flash Gordon, Dünyayı Kurtaran Adam is the holy grail of remakesploitation cinema.

For many years, the film circulated only in low-resolution bootleg copies, but in 2016 film historian Ed Glaser (Deja View) discovered a 35mm print of the film. Now a digital scan has been made so that the world can finally see the film the way it was intended – and with all-new English subtitles!

Read about Ed’s discovery of the new print here. 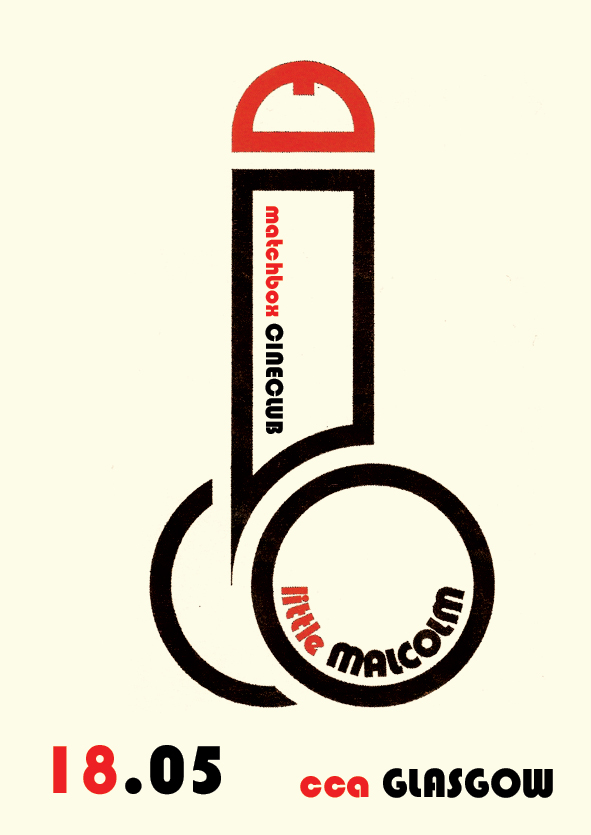 Matchbox Cineclub is an independent exhibitor of cineoutcasts, orphans and outliers. Based in Glasgow, Scotland, we programme, curate and promote cult film events across the UK, including the festivals Cage-a-rama, KeanuCon and Weird Weekend.