Brian Beadie interviewed director John Paizs on his cult classic debut Crime Wave, on the occasion of the tour we organised for Scalarama 2018 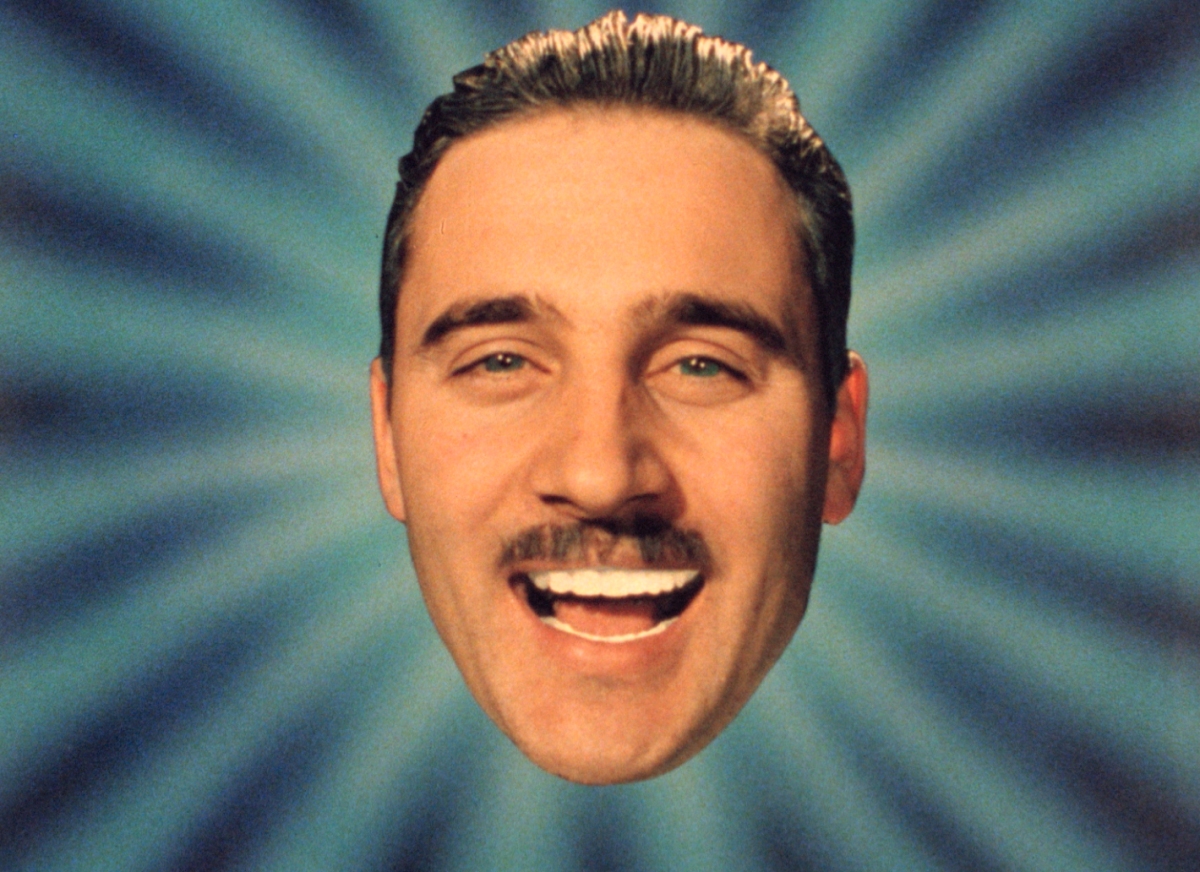 One of the absolute highlights of this year’s Glasgow Film Festival was Crime Wave, an unduly neglected Canadian comedy from 1985 which, despite being over 30 years old, emerged as one of the freshest and one of the funniest films to be shown at the festival. The film was programmed by Sean Welsh of Matchbox Cineclub who, after its rapturous reception at the festival, is bringing the film back for a limited engagement for Scalarama.

Crime Wave is as visually inventive and playfully pomo as an early Coen Brothers or Sam Raimi film (no, it’s not the film they collaborated on), but its director, John Paizs, would never make it big, despite being part of the innovative Winnipeg Film Group, whose other alumni include Guy Maddin. I would go so far to say that I prefer his dark comedy on the perils of scriptwriting to the Coens’ take on the same subject, Barton Fink – it’s far less pretentious, and has far more charm.

To give you an idea of the hectic invention of the film, here’s Paizs describing the film’s genesis:

“You could say it was a slight exercise in making lemonade from lemons. I was feeling pressured because I’d just written two feature length screenplays I wasn’t happy with, one of them called Crime Wave — a completely different story — and the other, Crazy Casey. Then one night at this time, sitting at my kitchen table, in front of a blank page, I just started writing ‘THE TOP!,’ and wrote out the rest of what would become the opening narration to this second go at Crime Wave. In a jokey way, it was expressing exactly my big secret dream for myself at this time with this new movie — which was to be a big success with it, bursting onto the scene — FROM THE NORTH! Ha — OK — scene one. Then, what next? Well, often when you hit the ground running like that in a story, it turns out that that opening bit was a dream, or something staged in the story, or just otherwise not ‘real’.”

“And so I thought — well, it could have been the opening scene to a movie that someone had written — like me. OK, so what next? OK — now, in Crazy Casey, I had a guy staying in an apartment over this family’s garage, and the family included a daughter, Casey, late teens, and the guy, who’s a freshman in college, has a thing for her — and next thing, that got reversed, she has a thing for him, she’s now ten, her name is Kim, and he’s a wannabe filmmaker — Steven Penny — who’s just capable of writing fun crap like we’d just seen opening this new Crime Wave. OK, so she comes on in scene two, she’s just finishing reading what we’d just seen in scene one, which is the beginning to one of Steven’s discarded screenplays, all of them called Crime Wave, and, breaking the fourth wall, she tells us about it. OK, so then what? Well, how about then she starts reading the ending to this same discarded Crime Wave, and we jump to that? More fun crap. And then — and this may have been my best idea in all of this new Crime Wave — we come back to her, in scene four, and she says that Steven’s problem is he can’t write middles! Boom. Writer’s block comedy. At that point I knew what it was I was writing. I didn’t know it until then. That’s when I found it out. And that’s what I went ahead and wrote.”

What Paizs wrote was a wildly unpredictable comedy with a shockingly high gag rate, taking potshots at everything from film form to current fads of the eighties – you can almost feel his delight in coming up with more outlandish scenarios, throwing in everything from self-help to the death of Sid Vicious into the mix.

“I never had a method for writing screenplays in those days beyond start with the title, then just jump right into it, no outline, no treatment, just make it up as I go along. And sometimes it would turn out more like a traditional dramatic narrative, and sometimes it wouldn’t, like Crime Wave. But I was never conscious of it being one way or the other at any point. I never thought hardly at all about what I was doing. I just did it. And then, when I got to the end of each script, that was it. No second draft, no revisions pretty much. I’d just apply for grant money to make the movie and that was that. So I guess it’s no wonder Crime Wave turned out the way it did, from a story standpoint. I just did what I liked, wrote scenes that I thought were original and funny, and didn’t think hardly at all about whether they advanced the plot or anything like that. Though actually there was one idea I brought to that script that I hadn’t brought to the others before it: and that was to keep the scenes short, and to keep cycling through the same like four or five types of them — a narrated scene, followed by an action scene, followed by a music scene, followed by a dialogue scene, then back to a narrated scene — that kind of thing, over and over, in a loop. I tried my best to make it that way, to keep things hopping like that, to keep the film hopefully jumping off the screen. I was determined not to repeat my huge mistake of my film just previous to Crime Wave, which was practically nonstop dialogue. Crime Wave was supposed to have learned from that one and be fun and alive.”

Indeed, most of the biggest laughs in the film come from pure sight gags, disrupting the film’s lush but highly controlled visual style, a reflection of Paizs’ background as a graphic artist.

“Because I (almost) never move the camera in the movie, it’s like a series of tableaus, or fixed comic strip panels. And I also lit it with hard light, to give it this ‘50s Technicolor look — high contrast and bright saturated colours — which was going directly counter to the prevailing look of movies at this time. So yeah, its visual aesthetic was one of the big things I was selling with it and that was going to be new and exciting about it. Out with the old, in with the new (old), kind of thing.”

Classic slapstick comedy is definitely another influence in play here – indeed, Paizs plays the lead himself, but mute, as a homage to the master of slapstick, Buster Keaton. “I had Buster’s Great Stone Face in mind for my character. It’s something I thought I could put my own spin on, and give the movie another level of originality at the same time because a non-speaking protagonist forces you to think of alternative — and sometimes very unexpected — ways to get ideas across. And also by doing it, I got to be a lead in a movie, and be good at it, with my extremely limited acting ability were I to speak.”

This device allows the film to be narrated in faux-naif style by his landlord’s daughter, who’s got a giant crush on him (a great performance by Eva Kovacs), which leads to another of the film’s influences – Hitchcock’s Shadow of a Doubt. “If Uncle Charlie had murdered prose instead of widows it would have been almost the same movie! I got the whole darkness-in-a-small-town framework from that movie, plus the two Charlies’ relationship has a definite parallel to Steven and Kim’s.”

So if Crime Wave is so good – and it really is that good – how come you’ve never heard of it, never mind seen it? Paizs explains the reason for the film’s neglect thus:

“It went down amazingly, actually, at festivals, got amazing reviews — like a few of them almost ridiculously full of praise. But what did it in was a nightmare scenario involving the film’s first distributor. The distribution agreement I’d signed with them had a clause in it saying I’d be paid my guaranteed minimum within eighteen months of the film’s first theatrical release, which they tried not to give it! Instead, they just quickly dumped it onto home video and made some quick pay TV sales, and that they hoped was that, saving them a bundle of dough they’d otherwise be paying in advertising, etcetera, never mind my money. Finally, after taking certain actions, I was able to trigger my payment — like three years later — but by this time it was too late for the film, and I was devastated.”

When I saw the film earlier this year, with Paizs in attendance, he looked slightly nervous about the film’s reception – he needn’t have been. It brought the house down. However, he confesses, “I was so worried about how it would go over in Glasgow, for a million reasons, and was so incredibly relieved and delighted about how well it did go over. But what I hope people can appreciate today, whether they like the film or not, is how new and radical it was back in the day, because it was, then. Time may have eroded the perception of that quite a bit, but it was, what can I say.”

I can attest that Crime Wave stands the test of time very well indeed – its wit and playfulness undimmed – as one of the most inventive cinematic debuts of the eighties, and one that richly deserves a wider audience.