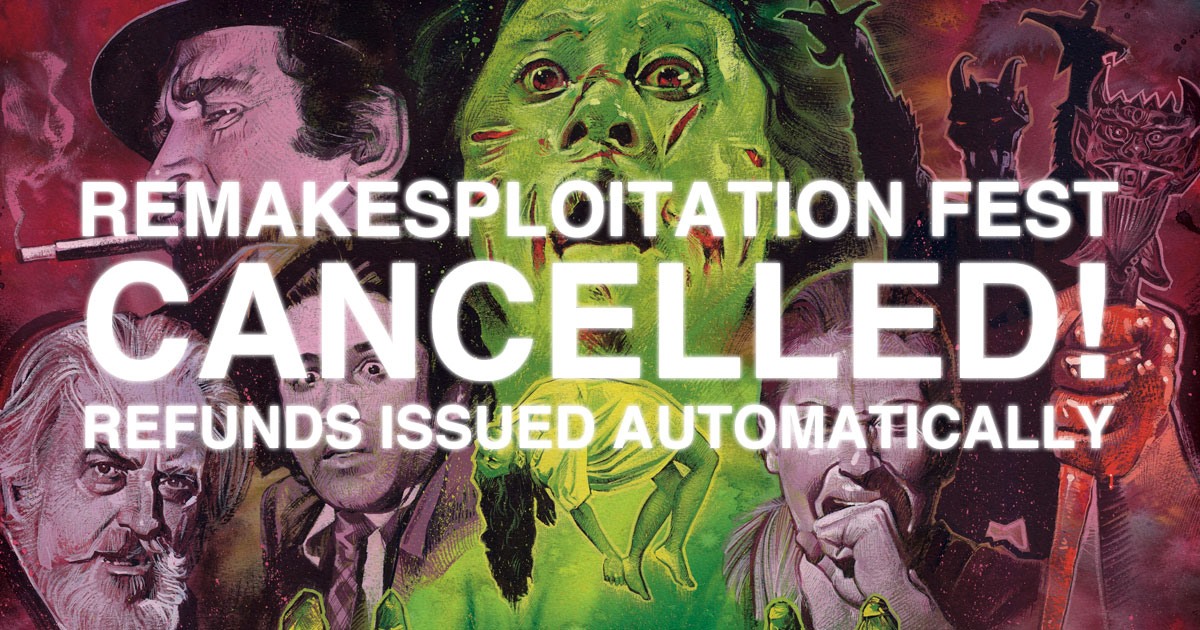 Sadly, it’s become clear that in-person events at CCA Glasgow will not be possible for at least the rest of this year. Having postponed once already, back in March, we won’t consider rescheduling any of our events until we are certain they can go ahead safely, as originally planned.

Pass + ticket holders will be refunded automatically. This can take several days to process, but the process is underway already. If you have any questions, please get in touch: tickets@matchboxcineclub.com. — with Remakesploitation and CCA Glasgow.