We’re teaming up with Glasgow Short Film Festival again to screen a trilogy of incredible shorts from Crime Wave director John Paizs – in one feature length programme, as originally intended 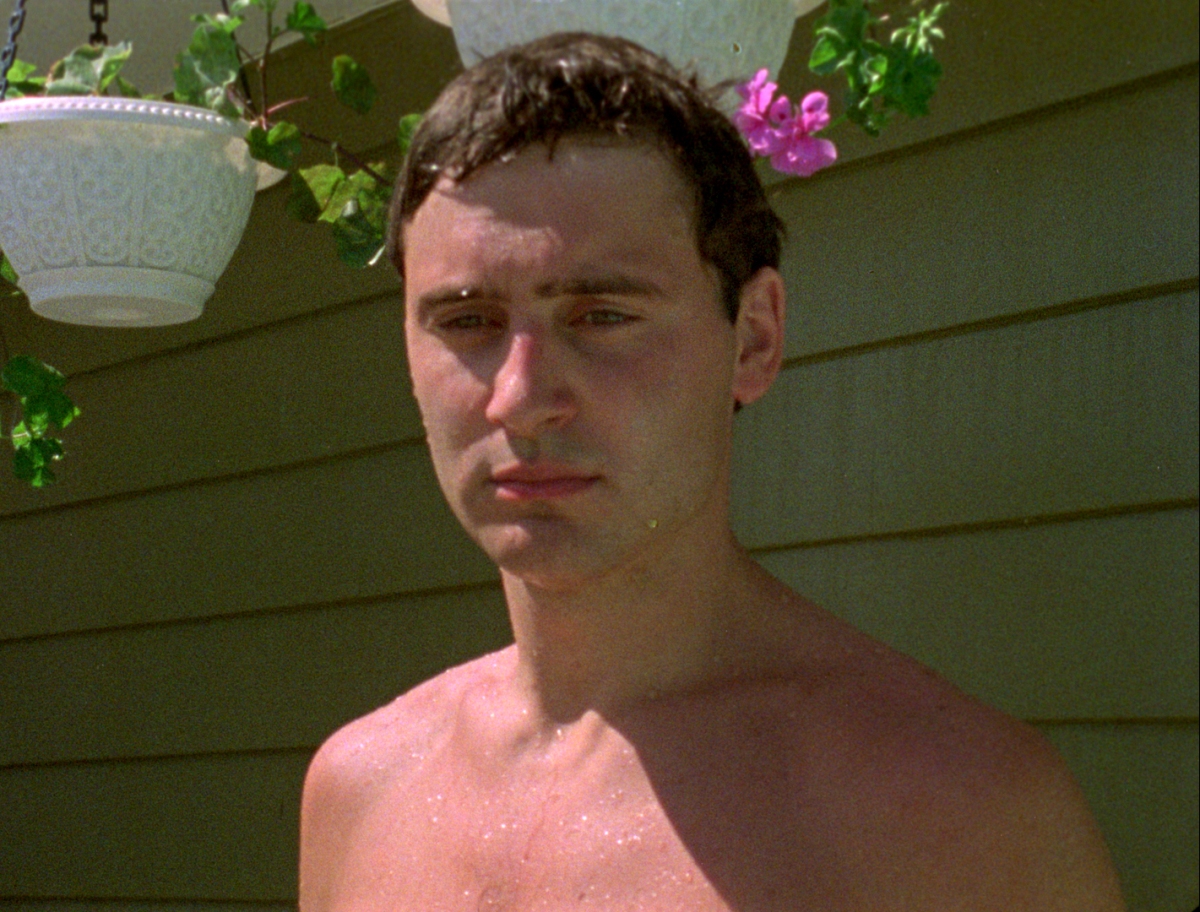 40 years ago, in January 1981, cult Canadian auteur John Paizs debuted his seminal short, Springtime in Greenland. His seventh, it was the opening salvo of an intended trilogy paving the way for Paizs’ crowning achievement, his 1985 feature debut Crime Wave. The loosely connected sequence, completed with Oak, Ivy & Dead Elms (1982) and The International Style (1984) stars writer/director Paizs himself as Nick, the mute protagonist, always deadpan if not strictly impassive, the inscrutable centre of a highly stylised world, inspired equally by Disney and Devo.

Conceived as three pieces of a whole, though rarely screened together, The Three Worlds of Nick developed the style formally established by Paizs with 1980’s The Obsession of Billy Botski. In that short, Paizs placed his titular character amongst the “controlled artificiality” of classical Hollywood, mixing the highly constructed sound design of vintage radio dramas with the knowing, pop punch of New Wave music. Indeed, Paizs wanted his films to be “shorter, snappier, brighter and edgier,” envisaging them as a cinematic counterpart to the music of Devo, The B-52s and Elvis Costello. In The Three Worlds of Nick, Paizs worked towards that goal with the wit and poise later celebrated in the work of Roy Andersson and something of the compromised sincerity of Blue Velvet-era Lynch.

Paizs’ “Silent Man” figure, who would find his apotheosis in Crime Wave’s Steven Penny, was key to that development. While Botski had been merely laconic, Nick is entirely silent, a steadfast counterpoint to his frequently grandiloquent friends and antagonists. The self-casting was expedient, since Paizs’ films were made on a shoestring, with a non-professional cast and crew (the modest budgets primarily went to film stock and processing). It’s also emblematic of the inventiveness permeating the three shorts, which make a distinct virtue of Paizs’ lack of faith in his own oratorical prowess, while allowing him frequent opportunities to flirt, poker-faced, with his camera’s objectifying gaze.

The Three Worlds of Nick followed after my short film The Obsession of Billy Botski. After Botski, I very much wanted to have a go at a feature but was daunted by the scale of it, a challenge I overcame by conceiving of one in three more easily fundable and doable parts. In order to give the three parts unity, I created the silent man Nick character (to be played by me), who would appear in each. The three storylines for the three parts — or worlds — came out very different from one another, going from semi-autobiography in Springtime in Greenland to escapist fantasy in The International Style, with a stop in between at college in Oak, Ivy and other Dead Elms for Nick to possibly learn a thing or three from a charismatic old WASP establishment student on campus and his right wing politics. All in all, The Three Worlds of Nick offered at the time of its completion, in 1983, and still offers today I believe, a completely unique movie watching experience. One that I guarantee still holds something special for every dedicated cineaste.

The Three Worlds of Nick streams live at 20.30 on Saturday 27 March, then is available to view on demand until the GSFF hub closes at midnight on Sunday 28 March. All three films feature brand-new, director-approved descriptive subtitles, produced by Matchbox Cinesub. More information can be found here.